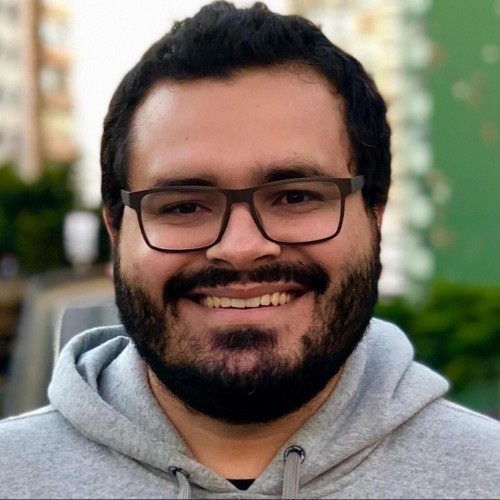 Dad, husband, woodworking hobbyist, skater noob and Software Engineer that loves to organize the fridge. Currently, work as Staff Software Engineer at PicPay on Platform iOS. My first contact with programming was in the early 2000s, creating scripts for the IRC Clients. Since then, I have never stopped programming. I started my career working with Backend and Frontend and then I migrated to Mobile about 6 years ago. I'm an enthusiast of the software craftsmanship movement, I love creativity, and I always look for an alternative to everything.

As Software Engineer at iOS Platform team, I am working to make PicPay scalable, designing, architecting, researching and developing tools and process to be used across the whole company. Some initiatives that I am conducing:

As a Software Engineer from the Safety Media Platform team, I am working on key features for Audio Recording, designing, architecting and developing, for iOS apps for drivers and passengers. This is one of the ways to provide safe rides to all of our customers. As part of these responsibilities, I engage in the following activities:

I worked on the Member Get Member (MGM) and Authorizations teams. In MGM I worked from the conception of ideas to the analysis of data in production. All with the aim of increasing user engagement with Nubank, making them invite their contacts to also be customers. And in Authorizations, I was one of those responsible for developing the Virtual Card feature in the iOS app.

iOS applications creation with agile management techniques and customer relationships. I worked in two main projects, one was an e-commerce for the Carrefour grocery stores. And the second project was an audio streaming APP for the CBN radios. Both projects for the iOS platform and with Swift language.

I worked as a software developer for web (frontend and backend) and mobile on a solution for sales representatives. One important feature that I worked on, was one to measure the order profitability implementing the feature on mobile, backend, and frontend. I programmed with Xamarin/C#, Python, and JavaScript.

I worked as a web, iOS, and macOS developer programming in Ruby on Rails, Swift, and Coffee Script. Was a great opportunity to use MongoDB. The most curious project was a solution similar to a social network but for horse owners. And the most challenging, mostly because of the MongoDB usage and macOS apps development, the intention was to measure teams productivity based on machine usages.

Yes, I had a bar. Now, I know how to make a classic Brazilian drink, caipirinha! I worked in all departments since, promotions, music events, publicity, social network, barman, kitchen assistant and many other stufs. Was an excellent opportunity improve my communication skills.

Because it was a project management consulting company was an excellent opportunity to learn about Scrum with the bests, where some companies contract them to learn about and I received it for "free". I participated in two nice web-apps, a social network for events (twygo.com) and a collaborative network for project management (artia.com) was my first professional contact with Ruby on Rails.

My first software developer job, where I work in a Business Intelligence feature on a online document management, widely used by governments and large companies.

Technical support on Datasul EMS in technology module and beyond WebDESK and ByYou. I was very embarrassed and shy when I started this job, it was a good opportunity to improve on these points. This company (Datasul) was purchased by TOTVS in 2008.